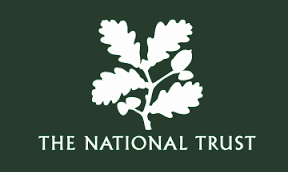 Aberdulais waterfall is a beautiful Welsh National trust site situated in the Dulais Valley and home of the UK’s largest electricity-generating water wheel.

The River Dulais rises below the slopes of Mynydd y Drum in the foothills of the Brecon Beacons. The waterway flows down the Dulais valley for approximately 13 kilometres, through the villages of Seven Sisters and Crynant before cascading over the waterfall where it joins the River Neath.

The gorge in which the river and waterfall now lie was formed about 20,000 years ago as the result of a glacier further up the valley melting. The melt water slowly cutting its way down through the 300-million-year-old rock and evidence of this can be seen on the west side of the gorge today.

The rock is Pennant sandstone and beneath it is a layer of coal that has been gradually eroded by the flowing water allowing the rock above to collapse and form the Falls. Originally the Falls were further south, but over the centuries they’ve been slowly cut back to their present location due to erosion.

With the raw mechanics of early industry on show, you can learn all about the important industrial heritage of this site as well as marvel at its natural beauty. The waterfall is truly magnificent and it’s even more impressive knowing that it produces ‘green’ energy these days.

The waterfall has been producing power since 1584, when it was used to generate energy to for the manufacture of copper. The site was later used for corn-milling and later still as tinplate works and a waterwheel was added during the 19th century. The waterwheel used today is a modern steel structure and is the largest water wheel generating electricity in Europe.

The Dulais is a flash flood river, so it rises and falls very quickly. In wet weather and winter when the river is in full flow, it is a spectacular and noisy spectacle.

The falls are in the care of the National Trust in recognition of the site’s value as a key part of the region’s industrial heritage. Car parking for visitors is available. There is also toilets, a cafe and visitor centre.

The entrance to a fairy kingdom is reputed to be somewhere along the Elidir Trail, which takes you upstream along… Read more…

During the last Ice Ages, glaciers gouged out and deepened the Tawe Valley. Read more…

Pontardawe in timelapse this Autumn...So many stunning trails with views of this amazing place in the Swansea Valley, turn the sound on and enjoy.... feel free to share.